Amad Diallo’s stunning header five minutes into the second half looked like giving the Premier League side a first-leg lead but Simon Kjaer evaded the attentions of Nemanja Matic at a corner right at the death and steered a near-post header past Dean Henderson’s weak attempt to save.

However, Manchester United the battle of the midfield to AC Milan Franck Kessie, Soualiho Meite and Brahim Diaz throughout the encounter but Red Devils are eager to reinforce the centre of the pack with Rennes sensation Eduardo Camavinga in the summer. 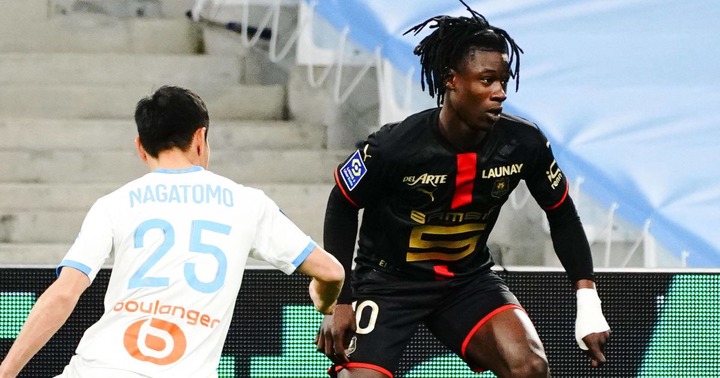 According to AS claims that Ole Gunnar Solskjaer has informed Manchester United hierarchy to step up their bid to sign France international in the next transfer window with Paul Pogba future still in doubt at Old Trafford which leaves a potential spot for Camavinga to fill.

Red Devil will have to battle Real Madrid for the service of Camavinga who is already a full France international, despite only being 18 years of age and he has already decided to quit Rennes this summer.

VIDEO: Why always me as Mario Balotelli turned backed from Brescia...

JUST IN: Two Barcelona players out for the year