The 27-year-old has been overlooked by Nigeria following a sit-in protest over unpaid bonuses and allowances at the 2019 World Cup in France but the NFF have consistently claimed that she is very much part of the team.

Oliseh tweeted: “When will this “non-compos mentis” end in our football! Once again, Injustice is dealt to a superb Captain fighting for the team by the Nigerian F.A and I cannot hear her teammates speaking out or fighting for her! A very good player at that! We keep shooting ourselves in the foot.”

NFF’s director of communications Ademola Olajire has played down talk of a rift between the Dijon striker and the NFF. 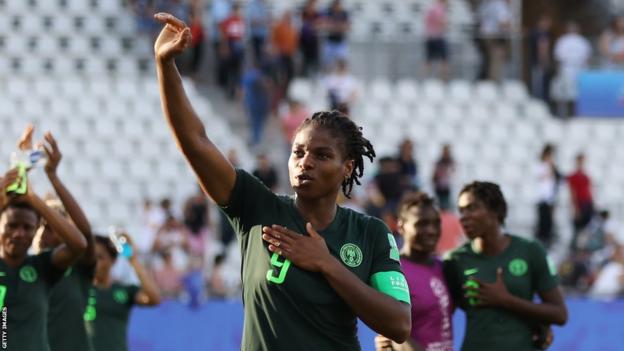 “Oparanozie is still part of the team’s plans and her non-inclusion has nothing to do with that protest in France because she was not the only one involved,” Olajire told BBC Sport Africa. “Selection of players is predominantly the prerogative of the coaches and not the NFF.

“She remains an important member of the women’s national side. I think she will just have to keep working on her game and, if she gets the opportunity, then push for a consistent selection.”