Ahead of the Super Sunday clash between Liverpool and Manchester City, Pep Guardiola has promised to call-out Jurgen Klopp after he appeared to deploy mind-game tactics.

The Spaniard seem perplexed after the Reds manager claimed that the Cityzens had a 2-week rest after they missed their fixture against Everton in December and that has given them clear advantage above others.

A bemused Guardiola said: “He made a mistake, it was two months, three months, four months – that’s why we’re in the top-four now,” Guardiola replied. “Jurgen has to see the calendar again. We had Covid, we had one week, and we played with 14 players in Stamford Bridge. Maybe I’m wrong and it was two or three weeks. 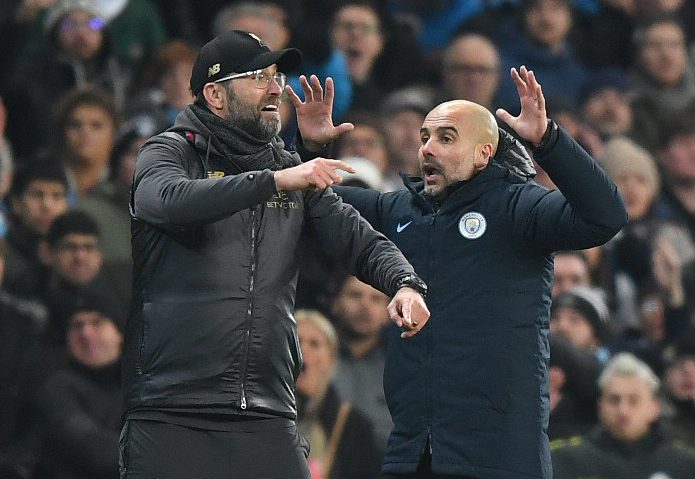 “When I see Jurgen I will ask him how long we had off. I’m surprised, I thought Jurgen was not that kind of manager, I didn’t expect that comment. Maybe it was a misunderstanding. If he sees the calendar he will see it was not two weeks, it was two months.”

Manchester City will be without the likes of Kevin De Bruyne, Sergio Aguero and Nathan Ake but will go 10points clear of premier league champions Liverpool with a win at Anfield.