Match day 21 of the 2020/21 Premier League season came and went with some very interesting results, even though the top and the bottom of the table remained constant from the previous match day.

With games coming thick and fast, teams were in the hunt for wins and while some did get exactly that, it was the same for some others.

FCNaija brings you a review of this round of matches as they unfolded in England’s elite division.

Battle for the title

It was contrasting results for the Manchester clubs, who occupy first and second positions on the log. While leaders City got the job done with a slim 1-0 win over Sheffield United to maintain their grip at the top even with an outstanding game, it wasn’t the same for United, who were held to a goalless draw by Arsenal at the Emirates. These results mean City stay top with 44 points, while the Red Devils maintain second position with 41.

Liverpool, meanwhile, returned to winning ways as they beat West Ham 3-1 at the London Stadium to stay third on 40 points.

Leicester City’s title hopes were however dealt a blow by Leeds after they suffered a 1-3 home defeat to Marcelo Bielsa’s side.

It might seem unfair to classify them as mid-table or Europa League chasers seeing as they’re fifth on the table, but whatever hopes West Ham may have had of creeping into the top four was dealt a blow by the 1-3 defeat at the hands of Liverpool. But with 35 points and in fifth place after 21 games, the Hammers will expect nothing less than a Europa League spot at the end of the season.

Tottenham, also in the race for Europa League places, suffered a second defeat on the bounce after they were beaten 1-0 by Brighton on Sunday. Although Jose Mourinho’s men have one game in hand, they are sixth with 33 points.

Between Chelsea in seventh and Arsenal in 10th, only two points separate them and this can only see the table turn when the next rounds of games are played. Chelsea, now being coached by Thomas Tuchel following the sacking of Frank Lampard, secured their first win under the German as they ran out 2-0 winners over Burnley. 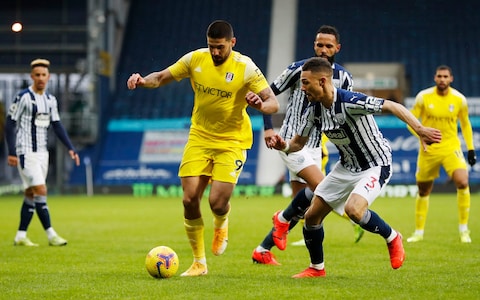 Sheffield United may have beaten Manchester United 2-1 at Old Trafford in the penultimate round, but a 1-0 defeat at Manchester City meant any hope of an instant resurgence was dashed, with the loss keeping them rooted at the bottom with a paltry eight points from 21 games.

West Brom and Fulham – in 19th and 18th places respectively – slugged it out at the Hawthorns as it ended in a 2-2 draw, meaning both sides maintained status quo with 12 and 14 points respectively.

Sevilla come from behind to beat Inter to win sixth Europa...