The England international was a second half substitute during the encounter but went down injured inside his own box while trying to help the Gunners defense a late onslaught from the home side and was replaced by Ainsley Maitland-Niles.

The youngster who was also wanted by Nigeria before he picked England was a second half substitute for Joseph Willock but was unable to complete the game due to his injury. 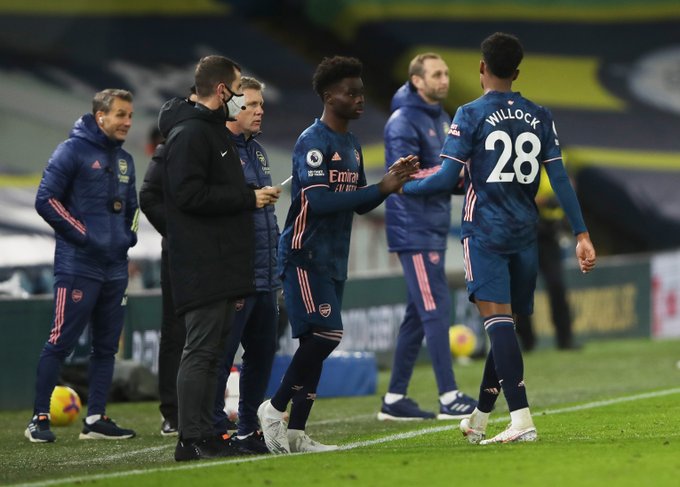 Arsenal was at a disadvantage when Nicolas Pepe saw a straight red card for a head butt on a Leeds player. The new promoted side went on to dominate the match and hit the post three times but failed to score. The Gunners also had opportunity to win the game when Saka was through on goal before his injury but failed to beat the goalkeeper.

Arsenal Captain, Pierre-Emerick Aubameyang also had a shout for penalty waved off when he was his shot hit the hand of a Leeds United defender as the match ended goalless.

Iseghohi Odianosen - July 3, 2020 0
Newell’s Old Boys vice-president D’Amico has insisted that Lionel Messi return to Barcelona is highly possible and it could happen in the nearest future...

Eden Hazard races against time to be fit for the clash...