Manchester City midfielder, Kevin De Bruyne has been named the 2019/2020 Premier League Player of the Season, FCNaija can report.

De Bruyne created 20 assists in the Premier League to win the playmaker award and equalled Thierry Henry’s 17-year record for the highest number of assists in a single campaign. The former Chelsea star claims the title after losing out on the Writers award to Henderson. 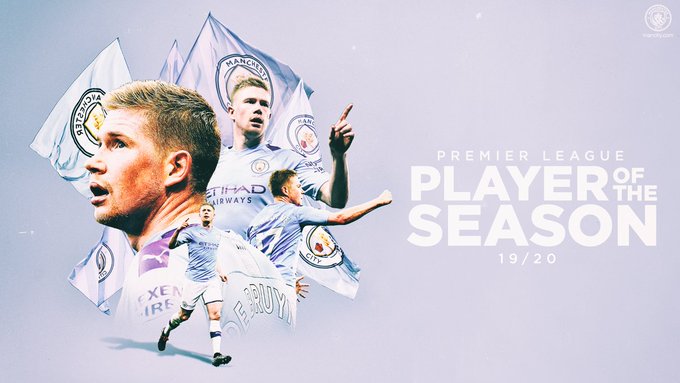 The Belgian was directly involved in more goals than anyone else in the competition, with his combined tally of 33 goals and assists four more than second placed Mohamed Salah.

De Bruyne scored yesterday in the quarterfinals of the UEFA Champions League but it wasn’t enough as the Cityzens were knocked out by Ligue 1 side Lyon 3-1 in the adjusted one leg tie.

Iseghohi Odianosen - August 17, 2020 0
Real Madrid manager Zinedine Zidane is still in the state of euphoria after winning the La Liga, despite crashing out of the Champions League...