The UEFA Champions League returns tonight with Juventus hosting Lyon and Manchester City welcoming Real Madrid in the second league of the round of 16 tie.

The Old Lady fell 1-0 against Lyon and will need to beat the French club in Turin to qualify for the quarter-finals. Juventus goalkeeper Wojciech Szczesny is backing teammate Cristiano Ronaldo to help Sarri’s men get past the French side, he told Tuttosport: “I see a team ready, there is an environment similar to last year before the match against Atletico Madrid.

“We can do it again this year, again Ronaldo’s hat-trick? Nobody in the world has doubts that Cristiano can do it again. As usual at the decisive times he makes the difference, he is ready to perform another miracle.

“We are playing for an important goal, finding the motivation is not difficult, we are all concentrated. Lyon seem physically fit, they also seem ready to play, and we’ll see who will reach the quarter-finals.”

Real Madrid are facing a tougher challenge as they look to overcome a 2-1 deficit inflicted at the Bernabeu while Manchester City continue their quest for a first UEFA Champions League win.

Manchester City striker, Sergio Agüero will miss the match due to a knee injury while Benjamin Mendy is suspended while Real Madrid captain Sergio Ramos is suspended, Mariano Díaz has illness while Brazilian left back, Marcelo is doubtful with a troubled adductor.

Juventus defender De Sciglio and Douglas Costa have thigh injuries while Argentine midfielder Dybala is doubtful while Lyon have no injury doubts but Marcelo, Koné will miss their next match if they pick up another yellow today.

There was only one goal in the 2015/16 UEFA Champions League semi-final between the clubs. After the first game in Manchester ended scoreless, a 20th-minute own goal from City’s Fernando at the Santiago Bernabéu proved enough to take Madrid into the final, where they beat neighbours Atlético on penalties.

The sides’ only other competitive fixtures came in the 2012/13 group stage, when Madrid twice came from behind to win 3-2 in Spain on Matchday 1. City led twice through Edin Džeko (68) and Aleksandar Kolarov (85) but Madrid responded through Marcelo (76) and Karim Benzema (87) before Cristiano Ronaldo snatched a 90th-minute victory.

It was 1-1 in Manchester, Sergio Agüero’s penalty cancelling out Benzema’s tenth-minute strike. Madrid ended with ten men as Álvaro Arbeloa collected a second yellow card in fouling Agüero to concede that spot kick. 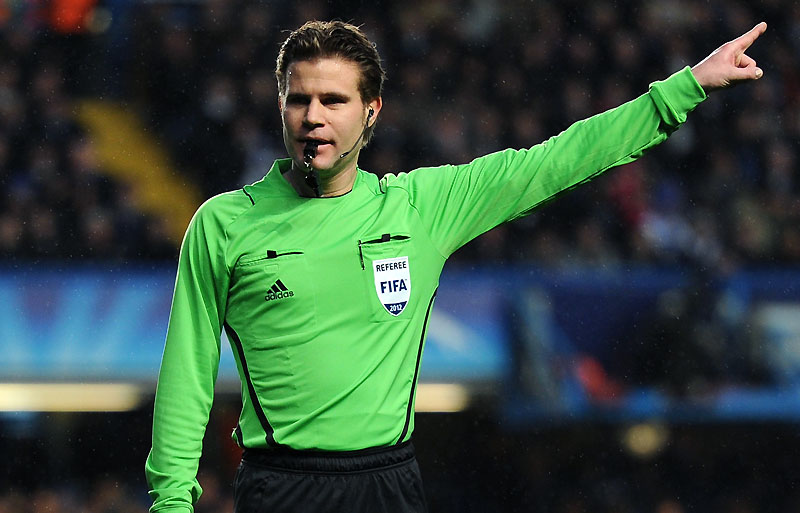