Lyon have completed the signing of midfielder Lucas Paqueta, potentially paving the way for Houssem Aouar to join Arsenal.

The French side have forked out £18million to bring Paqueta to the club from AC Milan, with the deal including a 15 per cent sell-on fee.

Paqueta only joined Milan 18 months ago for almost double that figure, but has now penned a five-year deal with Lyon.

This could now have implications on Aouar’s proposed move to The Emirates after Arsenal failed with a £32m bid last week.

The Gunners are still keen on landing the 22-year-old but Lyon’s asking price is thought to be closer to £54m.

Mikel Arteta is now desperately trying to offload some of his current stars in a bid to raise money for a transfer. 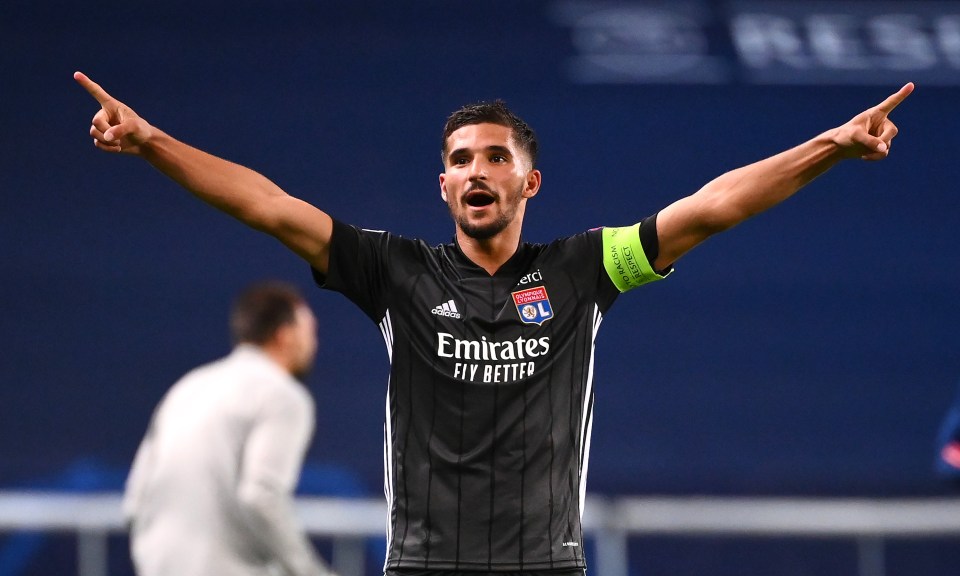 Shkodran Mustafi is nearing the exit door with Serie A side Torino linked with an £11m move.

Lyon were looking to sell some of their top stars in order to balance the books after missing out on Champions League qualification last season.

They have now put a firm deadline on negotiations regarding their players though, with Arsenal, Man City and Juventus all interested in Aouar, as president Jean-Michael Aulas has told them he wants the deal sorted this week or not at all.

“From Friday evening, when Rudi [Garcia] will choose his squad vs Marseille, there will be no departures,” Aulas said on Wednesday. “We could see ourselves lose two players.”

Aouar might not be either of those players though, as Memphis Depay is still yet to complete his £25m switch to Barcelona, while Lyon have accepted a £27m bid for former Arsenal star Jeff Reine-Adelaide from Hertha Berlin.

Speaking of Aouar, Aulas added: “We know that three big clubs are interested in him, two in the short-term, one in the long-term.

“Not much has happened. All the clubs can’t give us financially what Lyon wants.”

Iseghohi Odianosen - June 29, 2020 0
Real Madrid manager Zinedine Zidane has reacted to Karim Benzema’s backheel against Espanyol in their 1-0 victory over the Catalan team in the La...