See what some Chelsea players said after Lampard sacking

Abramovich pays tribute to Lampard after sacking the club legend

Gabriel Magalhaes’ jersey number has been revealed after transfer completion from Lille to Emirate Stadium.

The 22-year-old Brazilian defender moves to the Premier League giant on a long-term contract, for a fee understood to be in the region of £22million.

Arsenal have fought off interest from Manchester United, Everton, and Napoli to land the Ligue 1 center-back.

Gabriel wore the No.4 shirt at Stade Pierre Mauroy where he made 34 appearances in all competitions last season.

But with fellow new boy William Saliba have taken that number for the 2020-21 Premier League after coming back from on loan at Saint Etienne.

Gabriel has elected to follow in the footsteps of the likes of club legend Tony Adams, by taking the No.6 shirt who has last worn by Laurent Koscielny. 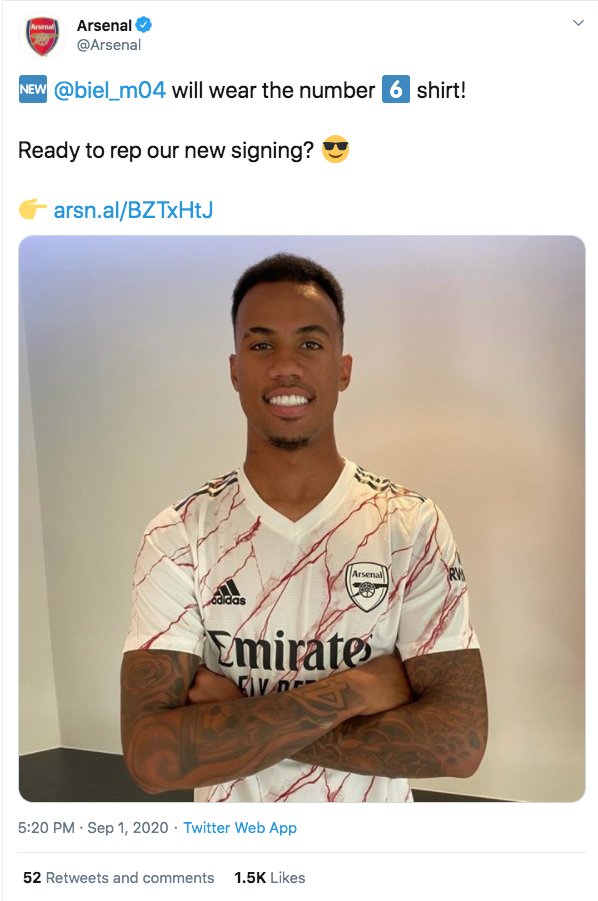 Gabriel becomes the club’s second signing of the transfer window, following the capture of fellow Brazilian Willian who joined on a free transfer from Chelsea

But Dani Ceballos is close to returning to north London for another season-long loan deal from Real Madrid.

Former Manchester United defender tipped to be Barcelona’s next manager

Iseghohi Odianosen - July 22, 2020 0
Former Manchester United manager Laurent Blanc is tipped to Barcelona next manager, according to the report in Spanish media. The Catalan club is keen on...

Spanish coach dies of coronavirus after training with his team