CAFCL: Big task ahead as Enyimba hope to overturn deficit against Al-Merreikh

Wayne Rooney believes Paris Saint-Germain will emerge as this season’s Champions League winners because Bayern Munich’s defence will have no answer to their array of attacking talent.

The two teams meet in the final on Sunday night in Lisbon with PSG bidding to become champions of Europe for the first time in their history, while Bayern are seeking a sixth victory.

There will be a wealth of attacking quality on display with the likes of Neymar, Kylian Mbappe and Angel di Maria (PSG) as well as Robert Lewandowski, Serge Gnabry and Ivan Perisic (Bayern Munich) on show.

Out of the two teams, Bayern have been the more impressive – as evidenced by their thumping 8-2 win over Barcelona in the quarter-finals. However, in that match the Germans rode their luck at times with their high defensive line. 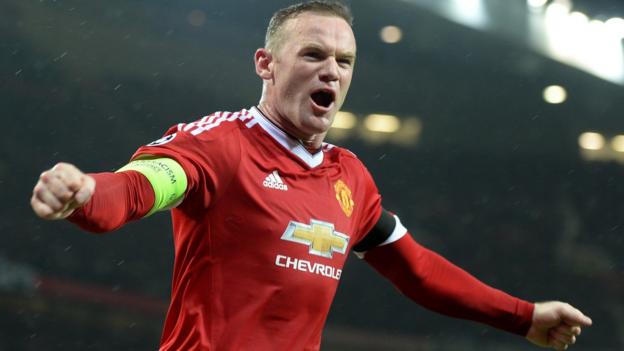 The same can be said for their 3-0 semi-final win over Lyon. The French side wasted two guilt-edge chances to score in the first half when they broke through Hansi Flick’s defensive ploy.

And with the Bundesliga outfit likely to stick with their high defensive line for the final, Rooney – who won the competition with Manchester United in 2008 – believes they will get punished by Paris Saint-Germain.

‘It will be an open game, between two teams who are very good at attacking and will cause problems for each other. It will be a shoot-out and I think with Neymar, Kylian Mbappe and Angel di Maria, PSG will exploit the high line that Bayern play. They will get chances and take them – in a way that, in the semi-finals, Lyons did not,’ he wrote in his Sunday Times column.

‘PSG have the better balance. Defensively they are quite solid, more so than their opposition. For Bayern it is not as simple as just abandoning that high line for one game because it’s key to how they play.

‘They have a very good press, which involves Robert Lewandowski showing a centre back to one side and then Serge Gnabry or Ivan Perisic pressing and Thomas Muller coming in from behind. The midfielders then back that press up. But for it all to work, they need their back four high otherwise the gaps will be too big.

‘I have no doubt that press will create chances for Bayern – but PSG are good enough in possession to deal with it most of the time and once they play through it there will be opportunities for their attackers to run in behind.

‘The run that hurts Bayern could be a deep run, involving Mbappe dragging defenders out to the side and Di Maria coming through from a deeper position.’

Barcelona set to complete the signing of Sao Paulo forward

Iseghohi Odianosen - June 2, 2020 0
Barcelona is set to complete the signing Sao Paulo forward Gustavo Maia as the deal is expected to be sealed later this month. The Camp...