Suarez in tears as he finally gets set to leave Barcelona

Madrid set to benefit from Sociedad’s sale of Llorente

Toure, who played with Messi at Nou Camp believes that if the Argentine leaves the club it will be for the Cityzens, rather than Inter.

“I think that if he has to leave Barcelona, Messi will come to Manchester City,” Toure explained in an interview with Hotels.com

“Manchester City have the money to buy him, and only a few clubs in the Premier League could afford him to be honest. 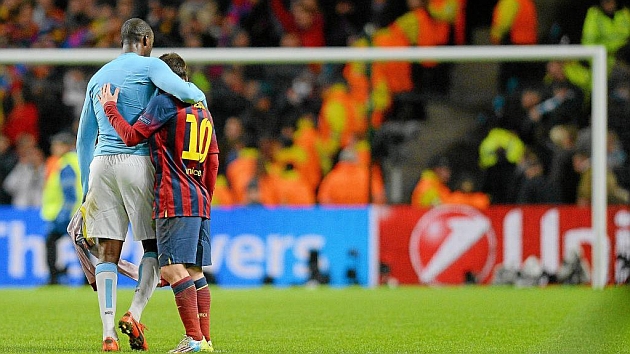 “I have doubts that he will leave Barcelona though, but it all comes down to Messi, I know he loves Barcelona, he loves the club and the footballing philosophy there.

Toure added: “If he comes to City then it will be interesting for the rest of league, especially because the rest of the teams are intense and tough.

“Because of the way Messi plays, a lot of coaches are going to love going against him because he sits on the touchline and doesn’t want to track back and defend.”