RB Leipzig will be chasing history tonight when they face Paris Saint Germain in the first semifinals of the UEFA Champions League in Portugal.

The German side were founded in 2009 and made their Bundesliga debut in 2016 – four years down the line they have managed to reach the semi-finals of the biggest club competition in Europe.

But as remarkable as their story sounds especially after beating Atletico Madrid in the quarterfinals 2-1, PSG are massive favorites to progress to their first major UCL final.

The Ligue 1 kings came from behind to beat Atalanta 2-1 to get to the semifinal and with Kylian Mbappe set to start after returning from an ankle injury, Thomas Tuchel’s men as tipped to win.

This will be the first meeting of both sides in any UEFA organised competition.

Leipzig will be without Ibrahima Konaté due to a hip injury and apart from that they have no major injury concerns.

Manager Julian Nagelsmann may select the same XI that started against Atletico, with Dani Olmo again operating in the position just behind Yussuf Poulsen.

Patrik Schick, Emil Forsberg and Tyler Adams whose first Leipzig goal secured safe passage to the Champions League semi-finals are among those who could come into their manager’s thinking for a starting role.

For PSG, with Keylor Navas ruled out due a thigh injury, Sergio Rico will make just his second Champions League start for Paris tonight.

L’Équipe also expects Thomas Tuchel to include Kylian Mbappé in his first XI, with Neymar continuing in a more central role as the French side switch to a 4-2-3-1.

Angel Di Maria was suspended against Atalanta but he is available tonight.

Idriss Gueye has a muscular problem, Marco Verratti missed the Atalanta tie with a calf injury and Kurzawa is struggling with a thigh injury – the trio are rated as doubtful for tonight’s tie. 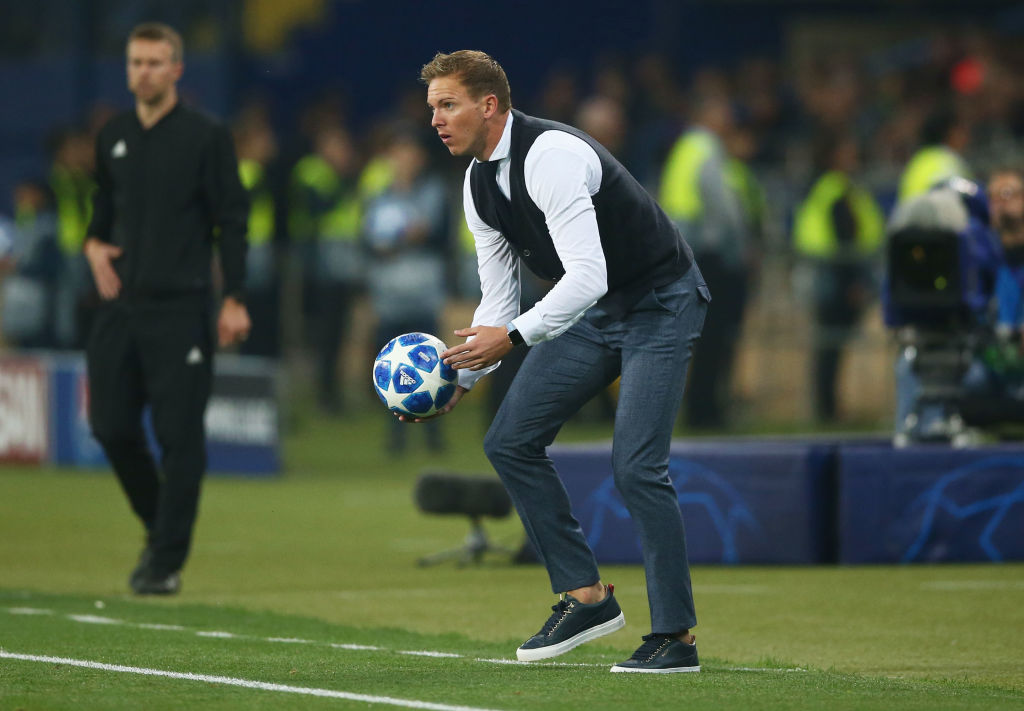 Julian Nagelsmann, Leipzig coach: “We didn’t really play the kind of football we wanted to after the restart. The players really have the will to win, we are hungry and I can see that in their faces.

“We want to take the next step and are ready. You can’t foresee what Neymar and Mbappé could do, they’re top players. We will need to defend them as a team.

“It’ll be difficult but we need to make them work and put them under pressure. Football is interesting when both sides like to attack.”

Thomas Tuchel, Paris coach: “We are here because we deserve it. We played a great season and worked so hard, took every match seriously.

“We won’t talk about the past – only the present. We’re hungry for success, to succeed. We want to make the hard work we have put in pay off.

“[Leipzig] press high, they are courageous, a young, fast team – like Atalanta were. We have our style, they have theirs.”

JUST IN: Nigeria’s Golden Eaglets group for U-17 AFCON revealed by...

Ikponmwosa Umweni - February 24, 2021 0
Nigeria's Golden Eaglets have been drawn in Group B of the 2021 U-17 Africa Cup of Nations to be hosted by Morocco. Five-time world champions...

What Man Utd win over Chelsea mean to Liverpool in the...