Super Eagles duo, Cyriel Dessers and Paul Onuachu fired blanks as Genk played out a disappointing 1-1 against Oud-Heverlee at home in the Match-Day two of the Belgium Jupiler League.

Dessers and Onuachu scored on the opening day of the season when they helped their side to a 2-1 away victory against Zulte Waregem but struggled to make the same impact the Luminus Arena.

After a goalless first half, Junya Ito gave the home side the lead as he finished off a pass from Joakim Maehle. Onuachu entered the fray in the 46th minute when he replaced Mats Moeller Daehli while Dessers evening ended when he was replaced by Benjamin Nygren in the 76th minute. 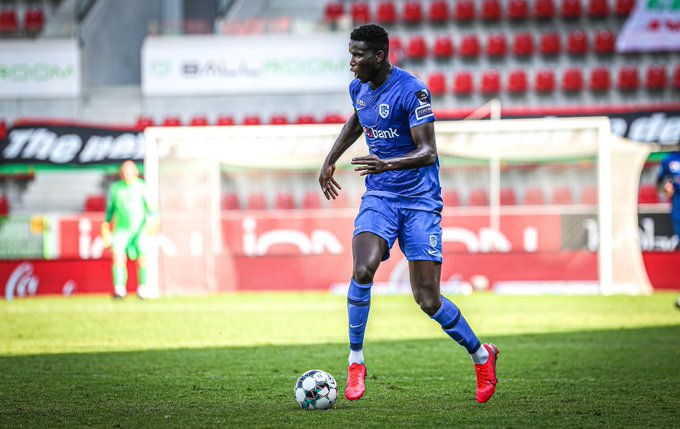 With five minutes to the end of the encounter, Thomas Henry broke the hearts of home fans with a late equalizer and the match finished 1-1.

Genk have four points from two matches so far while Oud-Heverlee sit ninth with two points.

Ayodeji - November 8, 2020 0
After initially keeping mute on his exit from Al Nassr, Super Eagles captain Ahmed Musa has finally officially spoken in relation to his exit...

PSG 0-1 BAYERN: Coman powers the Bavarian to their 6th UCL...

Serie A side grab Onazi on a 3-year deal