See what some Chelsea players said after Lampard sacking

Abramovich pays tribute to Lampard after sacking the club legend

Willian set to earn an astonishing £220,000-a-week at the Emirates Stadium as he pens a three-year contract and is handed the No 12 shirt after the club confirmed on their social media handle on Friday.

Welcome to The Arsenal https://t.co/drRUpKdYch

WELCOME TO ARSENAL, WILLIAN! You can watch the full video by clicking the link https://t.co/4Numq5pX8S pic.twitter.com/rXZtZugBwt

An awful lot of Arsenal fans are not liking the Willian deal, what happened to “trust the process” or is that just shit you say when someone disagrees with you? 🤣👋🏻 The Brazilian core is in full flow 🤣 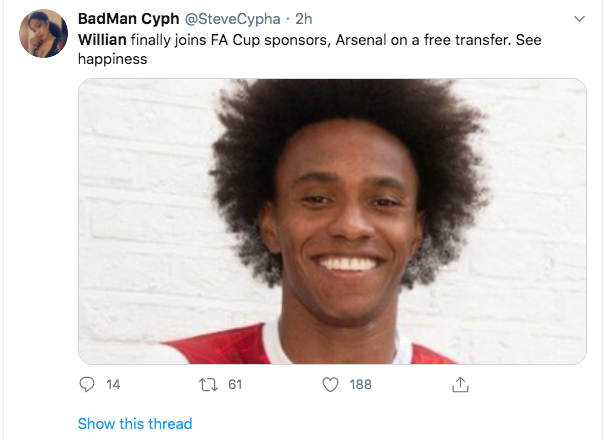 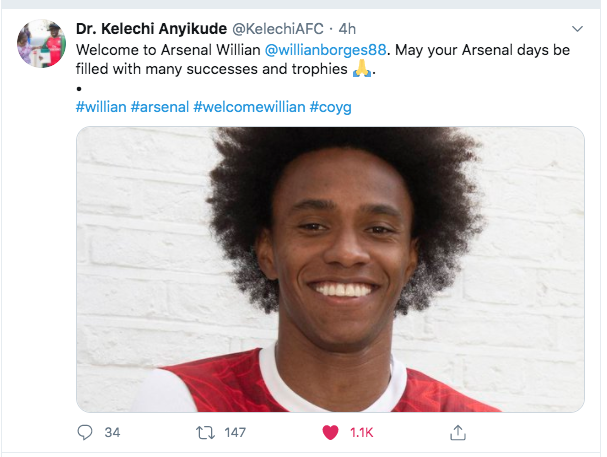 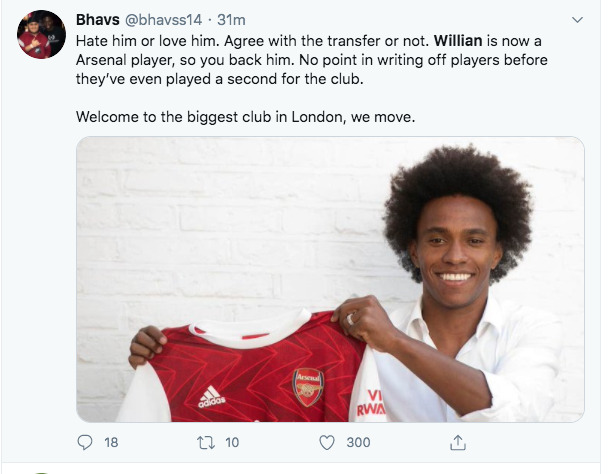 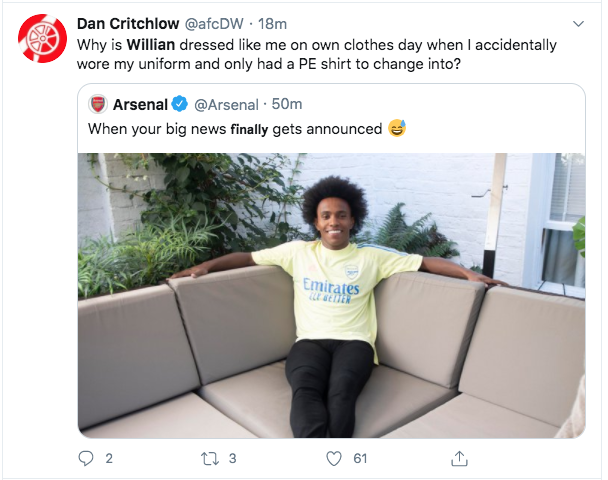 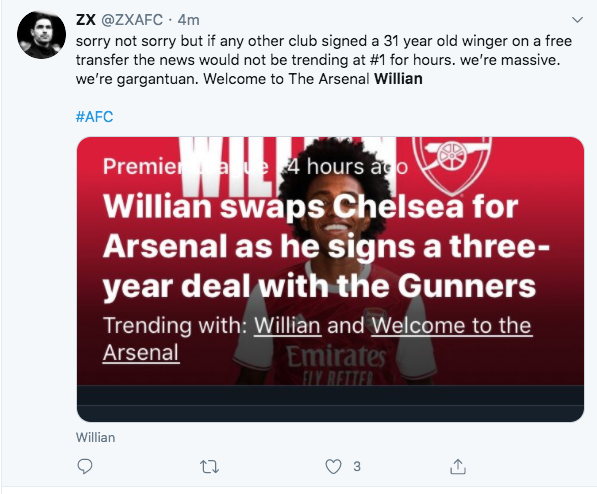 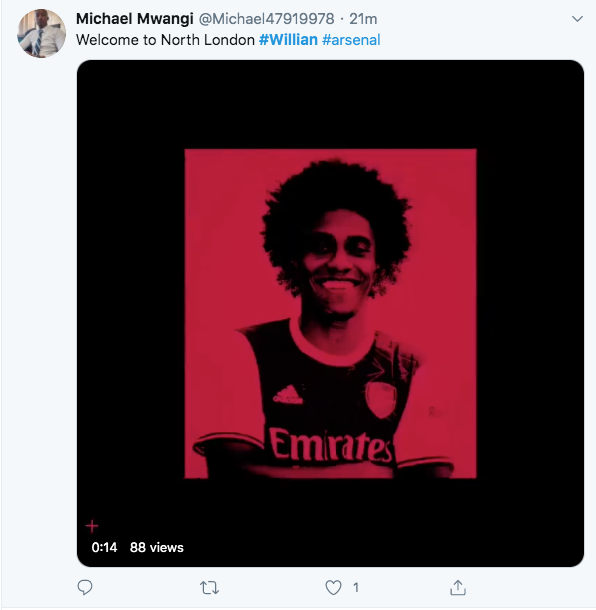 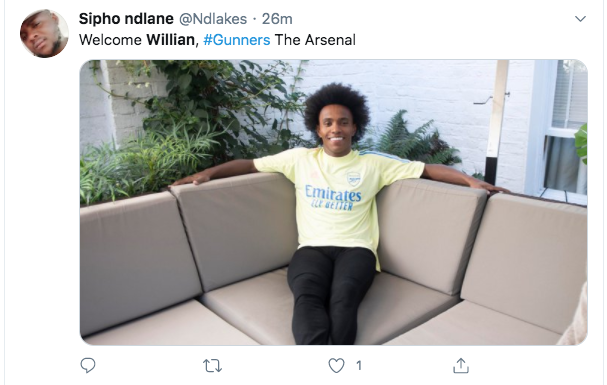 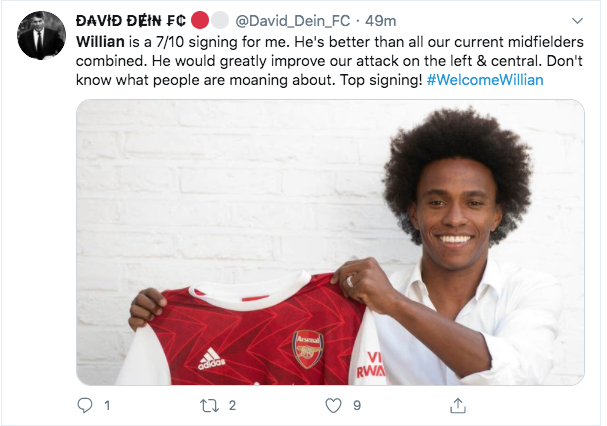 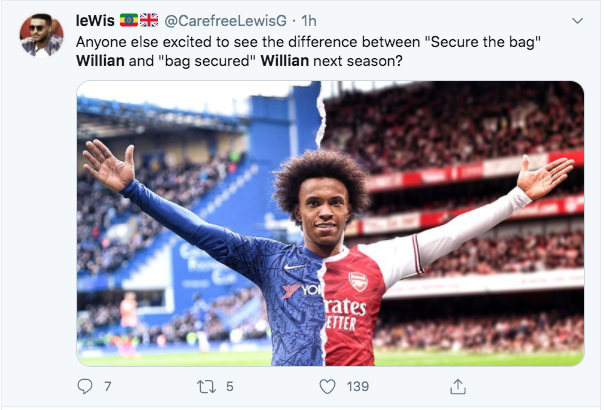 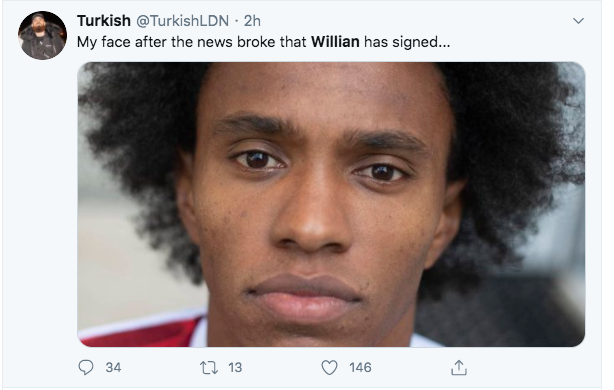 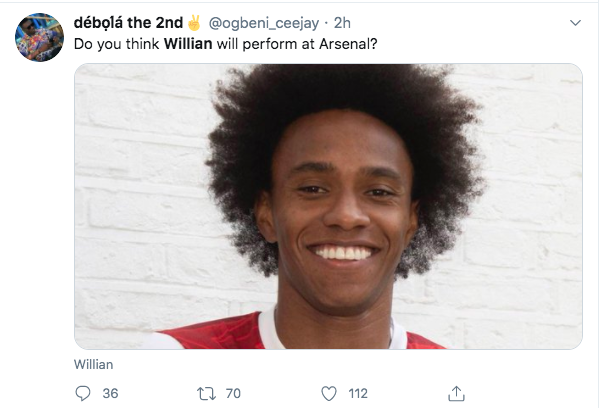 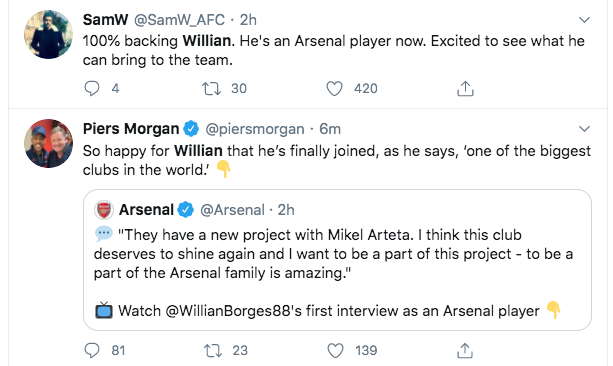 The player Cristiano Ronaldo sent out of Real Madrid during his...