Italian international and Paris Saint German midfielder, Marco Verratti will miss the UEFA Champions League quarter final match against Serie A side Atalanta due to injury.

The 27-year-old sustained a calf injury during a training session during the week in a collision with teammate Eric Choupo-Moting, according to reports.

Verratti’s condition is believed to be fairly serious despite being named in the squad travelling to Portugal, venue for the remaining matches of the tournament.

RMC Sport claim the latest tests are not reassuring, and Verratti will certainly miss Wednesday’s quarter-final against Atalanta, but he might not be able to play even if the French giants reach the Final. 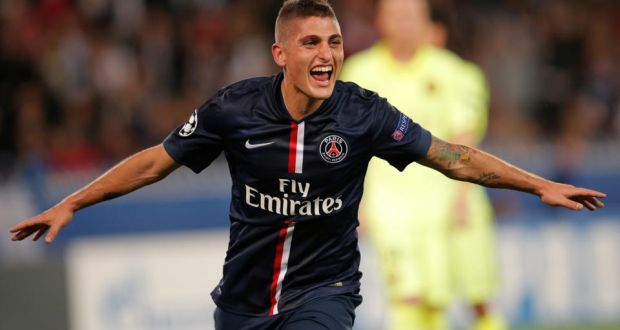 Belgium international and new Borussia Dortmund signing Thomas Meunier has already pulled out, Edinson Cavani left the club at the end of his contract, while Angel Di Maria is suspended for the Atalanta clash.

Atlanta may be rated favourites for this encounter as even PSG coach Thomas Tuchel sustained an injury during Thursday’s training session, spraining his ankle and fracturing the fifth metatarsal in his foot.

Ezeali - July 27, 2020 0
Liverpool manager Jurgen Klopp has been named the League Managers' Association manager of the year after leading the Reds to the Premier League title...

Why Osimhen Is Yet To Complete Napoli Move-Agent