Mikel Arteta is looking to continue his rebuilding of the Arsenal squad after winning the FA Cup and have identified Crystal Palace winger Wilfried Zaha as one that can help improve the Gunnars.

The £60m-rated Eagles star has been a longtime target for the North London club but last season they signed his international teammate Nicolas Pepe from Lille ahead of the former Manchester United player.

Palace have refused to lower their £60m valuation of Zaha despite the financial implications of the coronavirus pandemic, the Eagles may be forced to reconsider their stance.

According to the Daily Star, Arsenal are desperate sign the 27-year-old and their bid may be helped as Crystal Palace are already looking at getting a replacement in Watford’s Ismaila Sarr. 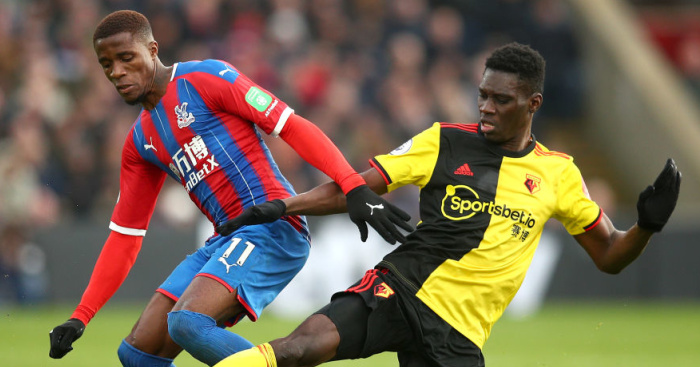 Sarr’s best game came during the 3-0 demolition of Champions elect, Liverpool but the Hornets were relegated at the end of the season and he wants out of the club. A deal for him will help Arsenal negotiate easily for Zaha.

Arsenal failed to qualify for the UEFA Champions League after they finished eighth but compensated with the FA Cup title where they defeated Chelsea 2-1 in the final.

Chelsea battle to keep youngster from the interest of PSG