The 33-year-old Nigeria international returned for a second spell with K.V. Oostende in November 2019 and went on to make seven appearances in all competitions, scoring one goal against RSC Anderlecht. 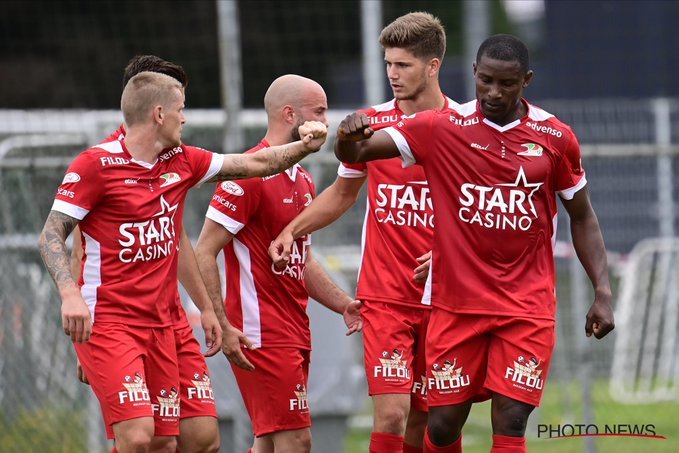 Akpala original contract was supposed to run out at the end of last month and the club renewed the deal on a short basis and the deal has now expired last Sunday.

In a statement released on their official website, Oostende thanked the player for his services and explained why the union has to end.

“Striker Joseph Akpala is not offered a new contract and is therefore again a free player. We thank ‘Joske’ for his boundless effort and excellent mentality and wish him every success in the further course of his career,” Oostende stated.

“In the first game after his return, he provided a goal and an assist for a 3-2 win against Anderlecht, but in his fourth game at KV Mechelen, he then dropped out with an injury.

“After New Year he only played in the home game against Waasland Beveren. His contract with KVO ran until June 30 but was extended until last Saturday. Then he played in the exhibition match against Varsenare, but now the collaboration ends.” the statement reads. 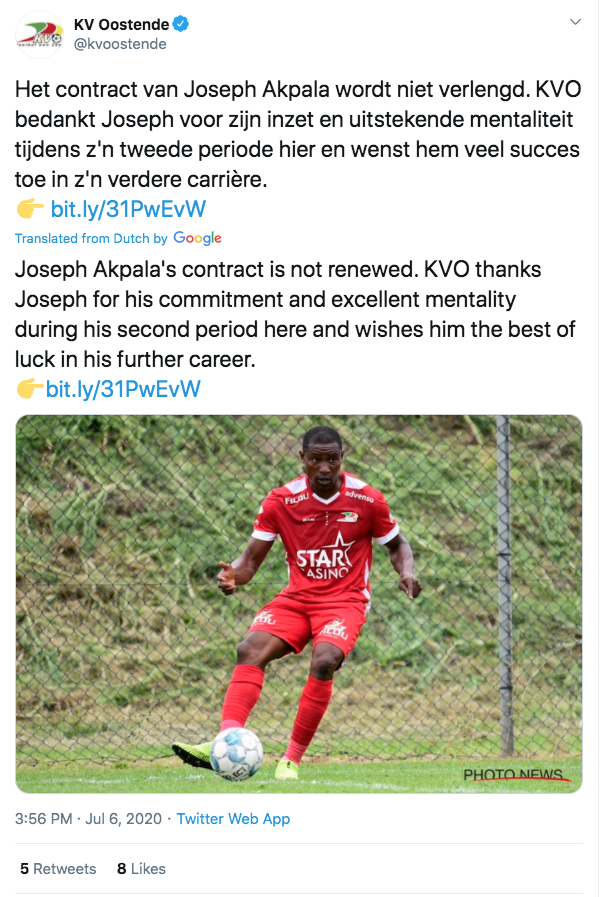 Akpala played 97 league matches for K.V. Oostende over the two spells and he scored 20 goals has played in Nigeria Germany, Turkey, and several Belgian teams.

A product of the Pepsi Football Academy finest moment in a Super Eagles shirt was netting the winning goal in a friendly against France in 2009.

He earned 13 caps for Nigeria and was part of late Stephen Keshi’s squad to the 2013 FIFA Confederations Cup in Brazil, but failed to make it to the World Cup.

I’m one of the best, Lukaku roars