The 35-year-old defender shot into the limelight at the FIFA U-20 World Cup in the Netherlands where he was voted as the third-best player behind Lionel Messi and his Nigerian compatriot, John Obi Mikel

Taiwo arrived at Cyprus along with his intermediary Tekin Birinci where he put finishing touching where he signed a one-year contract that would see him remain at Doxa Katokopias for the entirety of the 2020-2021 season after passing his medical on Friday morning before he was unveiled. 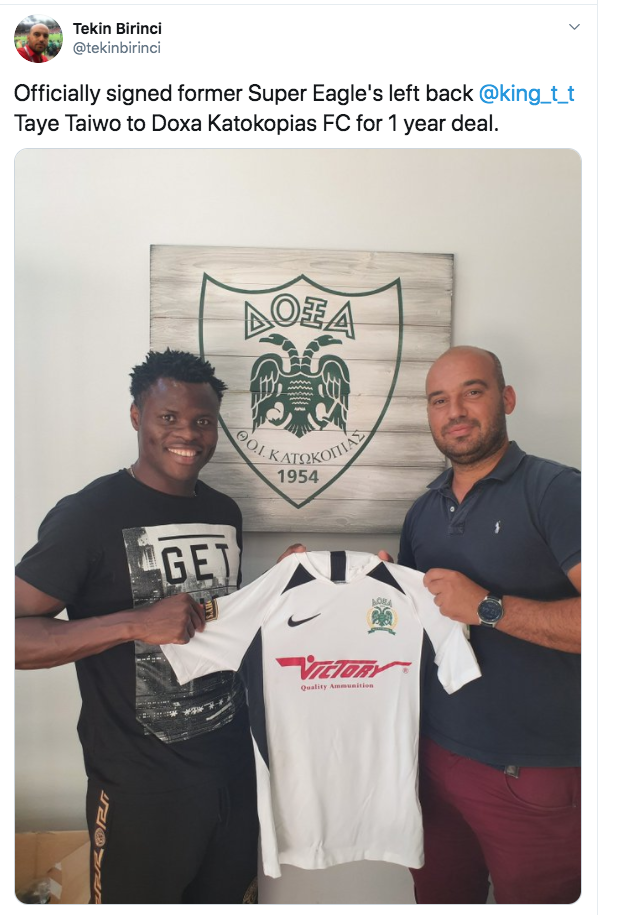 Iseghohi Odianosen - November 23, 2020 0
Barcelona manager Ronald Koeman has dropped Lionel Messi in the clash against Dynamo Kiev in the Champions League. Injuries have hit the Barcelona squad with...